Time for a moan

I was reading Real magazine for March (I know I sound stupid, but I got bored in the toilet) and read an article about a mother who lost her 18-year-old sun due to happy slapping. After a week coming back from holiday, he went to a party and was punched in the face by someone. He died after a week due to a heart attack after being put on life support systems. Now he's gone. The attacker was only put in jail for 2-and-a-half years.
If you want to know, the victim was punched in the face, with blood dripping down from his fractured skull. Other incidents in the news have been:
- a 16-year old did a random happy slapping spree along London's South Bank, killing an innocent barman. The attacker is in a young offender's institution for 8 years.
- a 14-year old kid hung himself at school using his tie because bullies were happy slapping him regularly
I would just like to express how sorry I feel to all of those who are deeply affected by this sick craze. Taking videos of people being innocently harmed by violence does not justify the pain they must go through. It may make you feel stronger, or bigger as you may impress others, but it is not good. It is not right to offend others. Just think about it: THIS IS SICK, PEOPLE! AWFUL!
And while I'm on the subject of bad things, I would like to stress how much I hate the idea of alcohol and smoking. I was walking on my round today, which is recycling day, and I saw quite a few blue boxes full to the top of alcohol bottles. I felt deeply ashamed, angry and confused.

I would like to emphasise that I do not drink, and I do not smoke, and I never intend to in my entire life. And I just get this really sick, disgusted feeling whenever I'm walking down the street and seeing people smoking, or talking casually about it. It feels like a burning fire, this unescapable rage making me wonder why so many people "enjoy" drinking and smoking. Take it simple, people: excessive amounts are bad for you. More than one bottle every 3 days is enough. Okay, so I put my hands up for birthdays and celebrations, but not for the behaviour and choices that people make. Seriously. There is no good reason why anyone should smoke. There are no reasons why people need to drink so much - all it does is shrink your brain and body cells so you become more thirsty as you reabsorb less water.
I'm just stating the obvious here. Come on, people. Think about it. It's not good for you. There is a life without it. 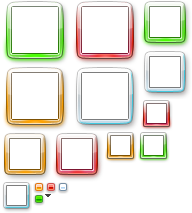 Louisa Hollowaywrote:
hey i agree with u on the happy slappin.....its sick why do people need to do it....chavs bet they're all chavs.
stupid selfish worthless chavs
the alcohol bit yeh ppl drink too much and i used to be so against even one bottle lol but now when i got out, only when i go out, i drink and it takes the edge of the night like your confidence sours and for some people this turns them into larrie or however u spel that, losers.
i think the worst is these 11, 12,13 year old kids drinking, it so sad.
good luck with ur results by the way, they're never as bad as you worry they're gana be lol.
cool site
July 10 | Delete